Will you pledge to do all you can to raise awareness of the EU Settlement Scheme, support EU citizens who miss the deadline, and advocate for local voting rights for all residents? 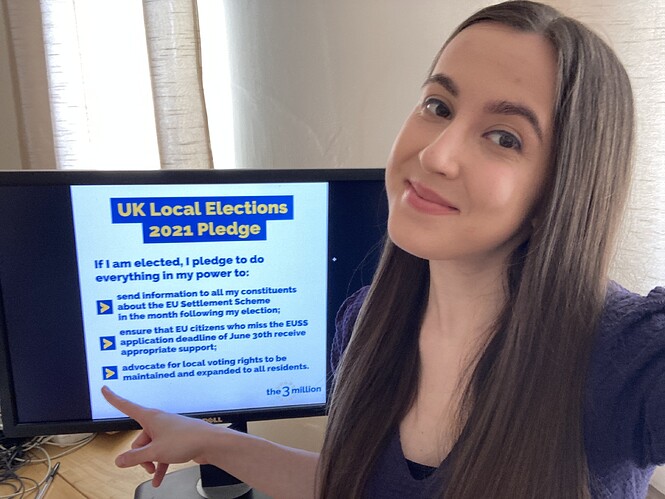 Will you pledge to do all you can to raise awareness of the EU Settlement Scheme?

I have already been doing this in my own circles.I believe that take up has generally been very strong, with few problems.

For the best information, I recommend the following pages produced by Citizen’s Advice Bureau: Staying in the UK if you’re from the EU | Citizens Advice

Will you pledge to support EU citizens who miss the deadline?

Yes. EU citizens who live in the Eastleigh Central (Eastleigh Borough Council) ward or Eastleigh North (Hampshire County Council) are welcome to contact me if they experience difficulties. I have a legal background so could try and help with clarifications / point in the right direction if required.

Will you advocate for local voting rights for all residents?

Yes. One of my key motivations for voting leave was because of the democratic deficit at the heart of the EU. Accordingly, it would not make sense to create a new democratic deficit in the UK (we already have enough of these as it is, but that is a debate for another day). Furthermore, I would hope that by participating in our society such residents will feel encouraged to help us build a stronger Britain. There was already a strong tradition of this before the Treaty of Rome was even an idea. For example: Handel effectively became one of our own, Polish and Czech fighter pilots played a key role in the Battle of Britain.

I will continue to highlight and support this issue as I have done from the very start. The government have used the 3million as pawns in negotiations which has been disgusting. Ironic that people who enabled this to happen by campaigning to leave are claiming to support the movement. Paul Holmes pledged in his election campaign to support them but never used his vote to actually follow through.