Local busker through to regional final of Open Mic UK

An Eastleigh busker is through to the regional finals of a national contest to find unsigned talent.

Last year singer-songwriter Koerie Willsdon made it to the semi-finals of the Open Mic UK contest – this year he hopes he can strum all the way the grand final with his own self-penned material.

If he wins both his regional and area heats he will join the finalists at the prestigious IndigO2 music venue – located next to the O2 arena at the Millennium Dome – and perform his own original songs to a panel of music industry professionals. The overall winner will walk away with a promotional package that includes recording studio time and a professional promo video.

The busker has been familiar sight in Eastleigh this summer performing most days from a pitch opposite Tesco in Wells Place. He describes his music as “a mish-mash between country, rock and classic metal” and cites influences as diverse as “Johnny Cash, Willie Nelson and The Clash, Def Leppard and Whitesnake” – an eclectic mixture that seems to go down well with shoppers in Eastleigh town centre.

Open Mic UK is one of a series of long running ‘X -Factor’ style contests devised by local music promoter Chris Grayston. The Southampton based impresario has been organising talent shows since 2005 and claims to have given a headstart to chart topping acts like Birdy, Lucy Spraggan and Luke Friend, all of whom have been former contestants. Koerie hopes that the exposure and experience gained taking part in the contest will give his music career a similar boost.

Over 10,000 people are estimated to apply to the contest every year and competition will be fierce. Audience members get to vote for their favourite act so Koerie is calling on all his Eastleigh followers to support him at the live regional final at the Engine Rooms in Southampton on October 27 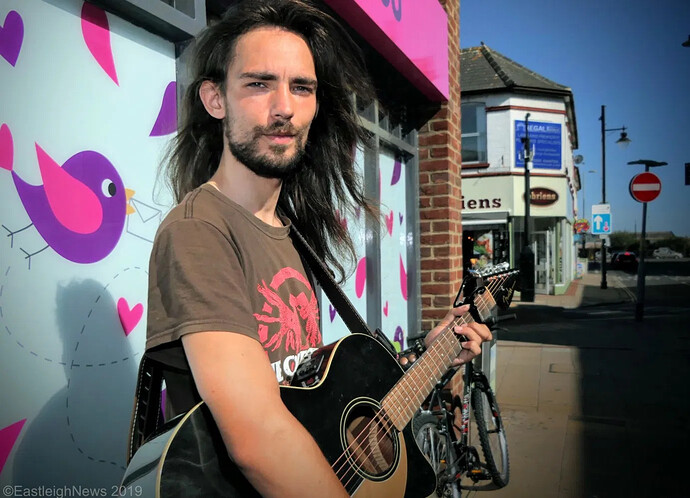 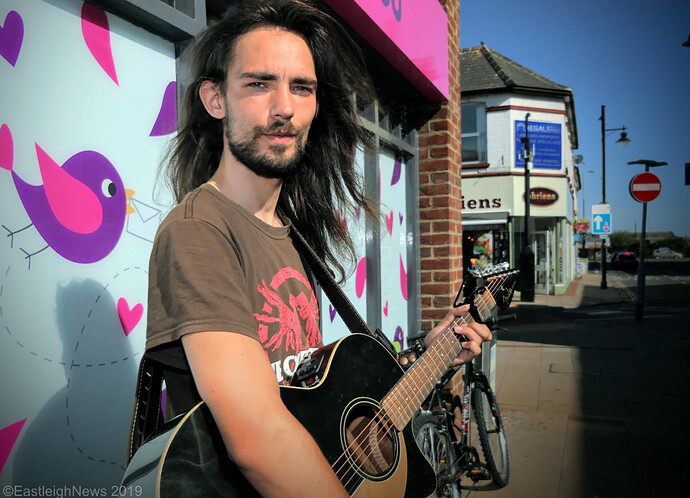 An Eastleigh busker is through to the regional finals of a national contest to find unsigned talent.