Just checking how the " Improve disabled & Pushchair access to Hedge End Train Station" petition was doing and realised I haven’t shared it here yet! 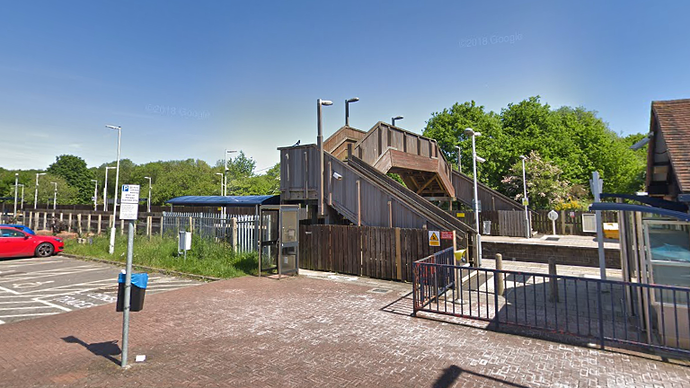 Residents can read more about the subject here:

There was a debate in Parliament about it as well- tldr no funding for Hedge End.

I also got in touch with Hampshire Council and the reply from Cllr Rob Humby is below- tldr no funding but we’re trying to find out who owns the path to the Fareham-bound platform.

Btw. there’s another related petition for all stations 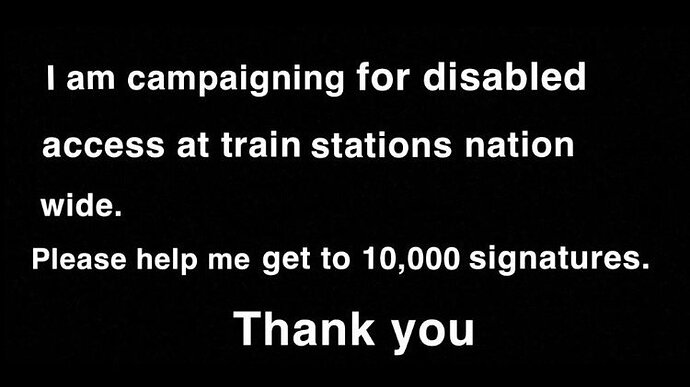 Get adequate wheelchair access at every train station in Britain

Further to our recent email correspondence, we are very conscious that Hedge End is one of the rail stations in Hampshire that would benefit greatly from accessibility improvements. Unfortunately Hedge End station does not have any funds earmarked from the current round of the Department for Transport’s Access for All fund and the implication is that this situation is unlikely to change in the near future. The Minister of State confirmed this in the adjournment debate recently - see here: Hedge End Train Station: Accessibility - Wednesday 21 October 2020 - Hansard - UK Parliament ). The obvious, but expensive solution for Hedge End station would be a brand new footbridge between the platforms with accessible lifts but the likely cost would be in the region of £2 million. In terms of relevant legislation, our initial enquiries suggest that South Western Railway are compliant with existing legislative requirements concerning disability and equalities legislation, as well as with the Office for Road & Rail’s guidance. These policies tend to be general policies rather than being specific to individual stations.

Whilst the Eastleigh-bound platform is fully accessible, main access to/from the Fareham-bound platform is via a stepped footbridge. The nearest fully accessible stations are Southampton Airport Parkway, Eastleigh and Fareham, where one suspects most travellers living in Hedge End who need step-free access currently travel from/to in order to access the rail network, which means an additional car journey either as a driver or passenger to access those stations. There is a notionally step-free entrance to the Fareham-bound platform, but this is via a long muddy track from the narrow Shamblehurst Lane, which itself has no pedestrian footways. We are trying to establish ownership of this track, it is not a public right of way, but any improvements that could be brought about would at least offer an improvement. We suspect that the track is owned by whoever owns the building near the station platform that the path leads to. We are working with South Western Railway and Network Rail to establish what could be done here.

Whilst there does not appear to be an immediate obvious solution to providing full accessibility at Hedge End station, it is worth noting that previous rounds of the Access for All funding have contributed to accessibility improvements at a number of rail stations in Hampshire, including Alton, Winchester, Eastleigh, Fleet, Havant, plus Totton station is due to benefit from an accessibility scheme through the current round of funding. We have a strong history of partnership working with South Western Railway (and previously with South West Trains) and with Network Rail, which has delivered funding for numerous improvements to Hampshire’s rail stations over recent years including bus/rail interchange enhancements, cycle parking and CCTV. Through the South Western Railway Transport Partnership we will continue to push for improvements at Hedge End. The County Council does continue to be proactive in rail matters and our commitment is demonstrated through the funding we have secured through the DfT’s ‘Restoring Your Railway’ fund in respect of the Waterside line from Totton to Hythe and Fawley, where we are developing the business case for re-opening the line to passenger services.

We will continue our dialogue with SWR and Network Rail on the potential for lower cost measures to improve access to Hedge End station, and we will keep you updated as we hear more.