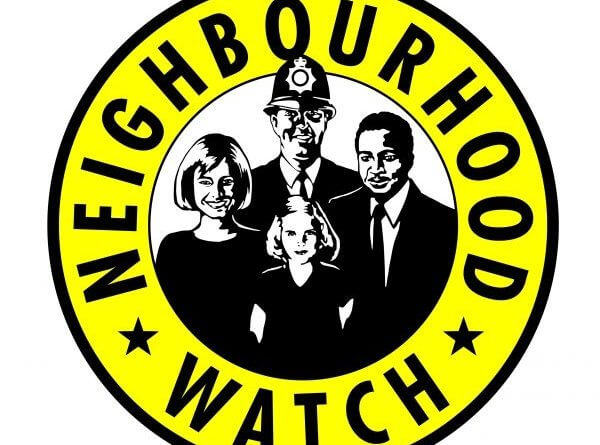 There currently appears to be a high number of break-ins and thefts in Fair Oak. Many crimes and suspicious activity locally are reported on Facebook in closed Facebook groups. The message and facts often get diluted across multiple facebook groups and comments. One smart group member (Thanks Darren!) suggested we should have one central place to report them all and share details so we can all be better prepared, or know to report details to the police. Can we work together as a community to do something to help resolve or reduce these crimes?

If you’d like to be involved in this little project and think you could help, drop me a message.

Can you help? Do you recognise this man?

We are investigating reports of a robbery in Eastleigh and are asking for witnesses, or anyone with information, to come forward.

This follows an incident which occurred at 10.35pm on Thursday 7 January at a Texaco petrol station on Southampton Road, Eastleigh.

A man entered the store and approached the till, producing a knife and proceeded to threaten a member of staff. The cashier handed a quantity of cash, with the man fleeing the scene towards the direction of Eastleigh Town Centre.

He is described as a white man, aged between 30 and 40 and of average build. He was seen wearing a red tartan patterned fur-lined hat, a black coat with white writing on the front and a logo on the sleeve, dark trousers as well as white and black Nike trainers.

Do you know this man? Were you in the area at the time and saw what happened? Perhaps you have dash-cam or CCTV footage?

Just thought I would share - it looks like someone has tried to break into our shed overnight. On the new estate by the church on Allington Lane.
Some neighbours in the next close also had people in their gardens overnight.
Luckily it seems they didn’t get away with anything tho which is good.
My shed door is broken but will sort that today, could have been worse.
Just sharing so people can be vigilant and make sure everything is locked away and secured.
Source: Gemma Cooper on fair oak & bishopstoke neighbours

11th January 2021
Hi , I live in Elderberry close and last night at 2.30am , this person decided to see what he could find , luckily my cameras startled him , keep protected .

Due to more theft than I first expected, future reports should be posted below and then I’ll link in this top post. If you see someone publicly reporting a crime, ask them to post the details below

Aware of anything else, or want to contribute? Report it in a comment below or drop me a message and we can edit the post to include it.

Pet owners of Bishopstoke and Fair oak! My mum just had a phone call from one our neighbours that some guy was walking down the road (Itchen Avenue) with our cat! Mum was getting ready for work at the time and ended up chasing him down the road in her dressing gown to get our baby back. Everyone is ok thank god and we have Teddy back safe and sound with his sister. Be on the look out for a man late 20s early 30s, plump with dark slicked hair and long dark side burns. He was wearing a black hoodie and blue jeans. Emailing 101 as well to make them aware. Keep your babies safe everyone we would have been devastated if anything happened to our boy. He was also carrying cat treats.

Just a friendly note to say whoever stole a bike from my garage on Dean Road, you have 24 hours to return it, we have CCTV and we have your face, the authorities will be informed. 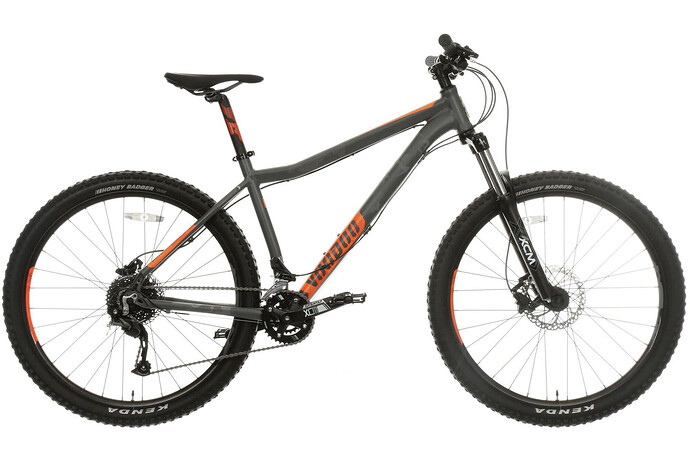 Our garage was broken into a few says ago (unfortunately not sure when as I have only gone in today) My bike was taken from there. An orange vodoo bike. If any one has been offered it can you let me know.

The left grip is very loose and comes off easily, or as they likely were nor aware of it may not even have one now.

Both gris will be very faded as still original it is about 3 years old.

Please let me know if you hear anything.

Hi
Mate. That bike is very similar to mine, which went out of our garage in the last few days.
If you do report let me know, they may have mine.

That’s weird, the original post has now been deleted. It was posted in the bishopstoke & fair oak neighbours facebook group. Wonder why the original poster deleted it? Hope you get your Bike back!

As if lockdown number 3 couldn’t be hard enough for us as a small business, I regret to inform that the salon unfortunately experienced a break in during the early hours of yesterday morning. Thankfully the only damage that has been done is to items that can be replaced.

I just wanted to thank all the local residents/businesses for their kind words and actions. Even in these recent times it’s difficult for any business to recover from an experience like this, however we remain vigilant and will be ready to open as normal as soon as the hair and beauty industry is allowed to do so.

Be aware the thieving little scrotes are still in the area, attempted break in to my mobility van some time last night in new road. Reported to police!!!

Suggestion is this van was involved: 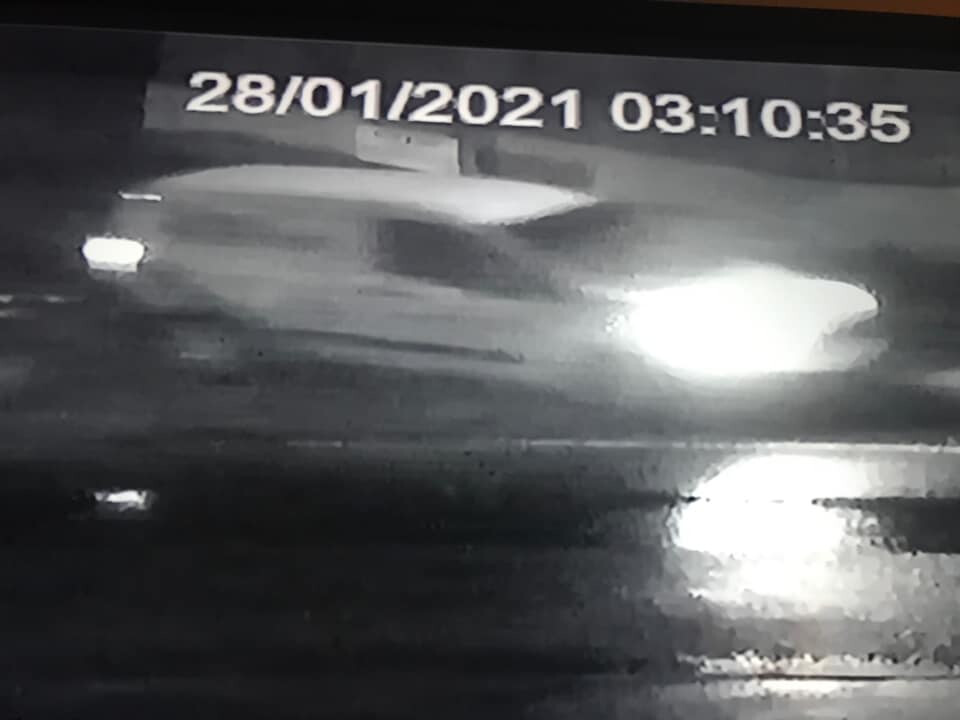 Thieving little Cretans have moved on to casing Olympic way now. They tried breaking into our garage and cars last night at 00:34.
My doorbell alerted me. I shot outside and walked around the close but unfortunately couldn’t catch up with them. Keep your eyes and ears peeled guys.

Eastleigh Police were doing a Q&A this evening so I asked them this question:

What’s going on with crime in Fair Oak at the moment, and what can we as a community do to help?

and they responded with:

Adam, in relation to the crime in Fair Oak, we have seen a spike in burglaries, mainly sheds and garages which unfortunately is common for this time of year. This is not at the levels we had over last winter (2019 - 2020), but still a concern and is a priority for me and my team.

We continue to offer crime prevention advice around securing your property, alarms and CCTV. We would also recommend that you lock your bikes within your garages / sheds / outbuildings.

We are also targeting patrols in the area making use of marked and marked vehicles.

I cannot stress enough how I need everything reported to assist me with mapping these crimes and making sure my colleagues from Response and Patrol / Roads Policing use any downtime they have effectively.

I will continue update you around this crime series. PS Kev 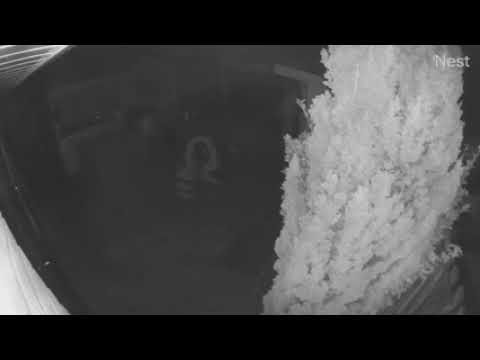 Last night, 29/01/21 circa 2am, Clementine Way (Allington Lane new builds) someone broke into our van and next door neighbours garage, nothing stolen but a lot of damage. CCTV footage shows a man in grey tracksuit hood up and black mask on. Cycles up around the close, 1:50am, then onto next doors driveway, 3 attempts to force the locked garage door open after finding nothing but beer bottles then comes back, gets into our van, rummages around for a bit and then leaves around 2:10am. Reported to the police and then a follow up email to say they won’t be investigating. He didn’t have gloves on so his finger prints are all over the van and garage door. Keep your eyes peeled and everything locked up guys, definitely no valuables in vehicles.

Sorry to hear that @Matt

. Also sad to hear they won’t be investigating when there are fingerprints left behind? Thanks for sharing, I’ve added it to the growing index up at the top.

Good morning. When you go to bed tonight & you are locking up your home please double check that your vehicle is secure. I have noticed some incidents being reported in the Fair Oak area where someone is trying car door handles over night. Don’t make it easy for criminals!

Last night, Clementine Way residents caught a suspicious man wandering the street for around half an hour, he gathered up pieces of wood and stashed them next to a van. He was dropped off by a small van and seen checking out properties. When confronted he made off, luckily a few residents managed to catch him and call the police, when they arrived they found tools in his bag and drugs. He was taken away by the police and statements were taken. This was going on between 10:30pm and 12:00am. Make sure everything is locked up securely and nothing valuable is left in vehicles.