Funny, reading that I get the impression I didn’t come second in Eastleigh Central… What an odd way to phrase their decline in vote share, surely an innocent mistake and not part of a worrying long term tactic of voter suppression.

Oh dear… Lib Dem’s up to their usual tricks!

“Voter suppression is a strategy used to influence the outcome of an election by discouraging or preventing specific groups of people from voting. It is distinguished from political campaigning in that campaigning attempts to change likely voting behavior by changing the opinions of potential voters through persuasion and organization, activating otherwise inactive voters, or registering new supporters.” 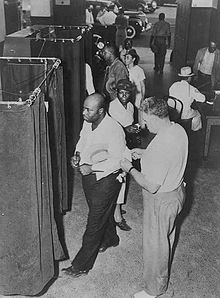 Voter suppression is a strategy used to influence the outcome of an election by discouraging or preventing specific groups of people from voting. It is distinguished from political campaigning in that campaigning attempts to change likely voting behavior by changing the opinions of potential voters through persuasion and organization, activating otherwise inactive voters, or registering new supporters. Voter suppression, instead, attempts to reduce the number of voters who might vote against a ca...

Labour uses exactly the same tactics in constituencies where they’re the main challengers against the Tories, such as in Batley & Spen last week.

Edit: A person has chosen to flag the above comment as Inappropriate Content. I’m unclear why they may think that. My comment was directly linked to the two comments previous to mine where Eastleigh LibDems were being accused of Voter Suppression. My comment simply shared the definition of what voter suppression is - i.e. trying to stop people from voting. Rather than stop people from voting, Eastleigh LibDems try to persuade voters to vote for them rather than another party to stop the Tories from winning. So we’re changing votes not stopping them.

Finally, I also made the point that other parties also use the same, perfectly valid, tactic in other constituencies.

trying to stop people from voting

“Here, a ton of data is gathered, identifying voter affiliations. Tory voters are identified and are bombarded with more than 30 leaflets in a short campaign, so hostile voters are left exhausted by daily leaflet drops and door-knocking. As a result, many grow sick of the whole campaign, and opt to stay at home come polling day.

The most insidious part of this type of active voter suppression is that most of the people doing it, eagerly offering their time as volunteers, have no idea why they are doing it – it is never explained to them.”

This is the Lib Dem election model. This kind of voter suppression works… to a point. Soon though, the politics of division will end the Lib Dems will need to adapt or they will fall. Being second best to Labour has a sell-by date and failure to listen to Eastleigh residents by the Lib Dems is showing. The local election vote collapse on a poor turnout is proof.

Political gaslighting, under delivery for residents and failure to stick to any kind of policy will result in changes. It just takes time.

What are we talking about here Sam? You seem to have gone off topic. The original point made by you is that you believe Eastleigh LibDems saying a “vote for Labour will lead to a Tory getting in” and/or “Labour can’t win here” is ‘voter suppression’. Instead you’ve digressed into talking about the result of the Chesham & Amersham by-election!

Let’s look at the original point first shall we. The data shows us that Labour can’t win in Eastleigh -

Not one Labour MP in the 75+ years it’s been a parliamentary constituency.

Never has Labour controlled the council since the current borough was formed in 1974. (not sure about before that, but my guess is not then either)

Therefore it’s pretty fair to say that Labour votes in Eastleigh are more likely to lead to a Tory getting in than a Labour politician.

Now it’s not hard to see that if you’re a Labour voter in Eastleigh you might be inclined to just not bother voting, in the pretty realistic belief that your vote won’t count. However our point to Labour voters is that by not voting they could end up letting a Tory in…therefore we’re actively encouraging Labour voters to come out and vote LibDem.

Let’s now look very briefly at the C&A by-election result, I say briefly because the situations aren’t comparable at all. As I see it your point is that distributing lots of leaflets will make voters decide to not go out to vote…if you really believe that then you have a pretty cynical and jaded view of the the electorate. Beyond this article you’re citing as gospel, is there any data to back up this supposition?

Edit: once again my comment has been flagged and thus hidden because of community flags this time for being ‘off topic’! Admin - is this off topic? Eastleigh LibDems have been accused of Voter Suppression, I’m explaining above why I think that’s not the case. If this is off topic then all the comments regarding voter suppression should also be removed.

Eastleigh are more likely to lead to a Tory getting in

Voting Lib Dem leads to Tories getting elected. Only Labour can secure a majority.

Stop trying waffling and get on with doing something about the state of Eastleigh’s roads.

No wonder nothing gets done, all the Lib Dems do is chase me around the internet! Imagine if you put that energy into making Eastleigh better - like Eastleigh Labour do!

Voting Lib Dem leads to Tories getting elected. Only Labour can secure a majority.

The rest of your comment isn’t worth engaging with, so I won’t.

I’m happy to debate with you anytime, but I’m not going to trade insults with you, that’s not my style.

Someone get Josh & Sam a dictionary please.

Implies we don’t know what it is…

Voter suppression is a strategy used to influence the outcome of an election by discouraging or preventing specific groups of people from voting.

Posts quote proving my comment applies to this situation…

such as in Batley & Spen last week.

Show me the Labour leaflet from Batley and Spen that presented a false narrative about the election results to residents of a ward Tanya. I’ll condemn it right here. Oh wait you can’t because it doesn’t exist! Honestly at this point it just comes across as desperation from you guys.

I would apologise for scaring your party so badly about losing central you have to resort to actively lying on your literature, but then I’d be legitimising your campaign style. It was pathetic during the election and it is now. I’ll tell you this though, the public are sick of it. The day after the election I had messages saying so and low and behold; you’re vote share is collapsing before your eyes, in no small part because of this constant voter suppression taking up space on your leaflets. Maybe it’s time to send Anne away for some new campaign training?

I’m happy to debate with you anytime

The original point made by you and Josh is that you believe Eastleigh LibDems saying a “vote for Labour will lead to a Tory getting in” and/or “Labour can’t win here” is ‘voter suppression’.

Literally not the point I made, and its clear to any reader what I said and what I quoted. Alarming you’d lie and post false quotations with the record literally written above your post. @admins is there something you can do about this behavior?

Implies we don’t know what it is…

As we’re not suppressing vote (as explained above) but you’re implying we are…then it was a valid point! But in the interest of being civil I actually removed it yesterday, so why have you decided to quote it today?

Posts quote proving my comment applies to this situation…

Not at all, as explained we’re not trying to discourage voters from voting, just to vote for us not Labour.

I’m saying that asking voters to vote for party X (in this case LD) because party Y (Lab) can’t win but it will stop party Z (Tory) getting in is a valid form of campaigning and thus it’s used by all parties where they are able to squeeze the vote of other parties.

Suggesting a hustings one week from election day was always going to get that response, I’d have been happy to if it had been impartially organised, was promoted by all parties and was before postal votes had been sent out.

The last week of the campaign was spent in my ward & division, canvassing, leafleting and generally chatting with voters, that week I walked 126 miles / 250k steps, that’s proper campaigning not just posting on Social Media…something that I was told time and time again was that they’d not heard from Eastleigh labour for years some of them. (Why would they vote for somebody they rarely or never hear from)

Not sure where you think I’ve lied and I haven’t quoted you anywhere in this thread.

the public are sick of it.

I tell you what they are sick of, and that’s the toxicity from Sam on social media, some Labour members/voters have even told me that they’ve made official complaints about Sam to Labour HQ, others will not vote Labour if Sam is on the ballot paper.

God, you literally will come out with anything.

You benefited from the lack of UKIP/Brexit Party & Green candidates this year, that’s the biggest factor in the increase of your vote, and Lab were behind the Tories in North & Central, which kinda proves the point that votes for Labour just make a Tory win more likely. “Oh but what about Josh in Central” I hear you say, well Central was the one ward where there were independent candidates, both of whom were to the Right of the Tory party, so it’s fair to suggest that if they weren’t on the ballot their vote would have gone to the Tory candidate and Josh would have been in third place.

Don’t believe me? Compare the results - 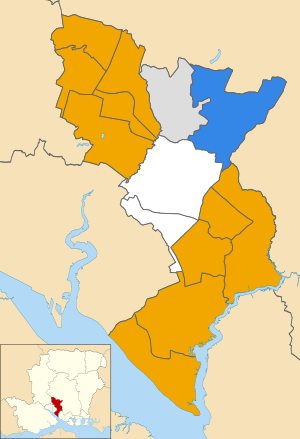 Liberal Democrats Liberal Democrats The 2021 Eastleigh Borough Council election took place on 6 May 2021 to elect 12 councillors to Eastleigh Borough CouncilEvery ward apart from the two member wards of West End North and West End South elected one councillor each. This took place at the same time as the elections for Hampshire County Council and the Hampshire Police and Crime Commissioner. 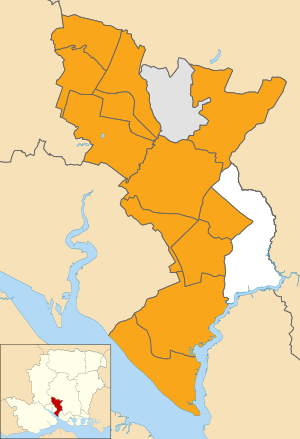 You benefited from the lack of UKIP/Brexit Party & Green candidates this year, that’s the biggest factor in the increase of your vote

The fact this is what you’re telling yourself is such a confidence boost! Heaven forbid you actually do some introspection lol.

Carry on with this arrogant attitude, ignoring what the public actually said during the election and you’ll be in 4th in no time.

I’m going by the data as explained in my comment.

Sure, those you spoke to l said nice things, but that’s always going to be the case.

You see data is much more important when analysing results than “what the public told me” because you only tend to hear from those who support you, kinda like an echo chamber.

Besides, I’m a councillor because I want to make a difference, and that’s what I intend to do, there’s no room for complacency. I have been and will continue to work hard. The voters will judge me on that I’m sure.

Having now reread the comment thread again I see you didn’t mention voter suppression, it was Sam.