The most and least crime-ridden areas of Eastleigh 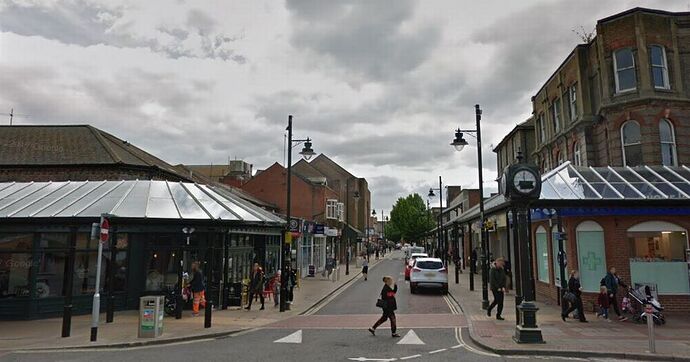 The most and least crime-ridden areas of Eastleigh

Only one Eastleigh area had less than 1,000 reported crimes in 2020, police data reveals.

Nearly 10,000 crimes were recorded by Hampshire Constabulary in the five Eastleigh policing wards.

Police data shows that 9,989 crimes were recorded last year, and almost a third were violent or sexual offences.

While overall crime totals for each area vary due to population size, it is possible to calculate the number of offences) per 1,000 residents in a particular location to give a better reflection of the figures.

Police.uk figures, combined with Office for National Statistics population data, show that Eastleigh’s crime rate is 74.8 the eighth highest in the county.

The most common crime type in the borough was violent or sexual offences, of which there were 3,259. This is followed by 2,277 incidents of antisocial behaviour.

The least common crimes in Eastleigh included: robberies (38), theft from a person (44) and possession of a weapon offences (84).

A full breakdown of the crime statistics for each policing ward can be found below.

This policing ward covers the town centre, up to Allbrook Way near the M3 and down to Southampton Airport and the M27.

Eastleigh Central had the highest number of drug crimes. Police recorded 100 in 2020, more than double any other ward in the borough.

The area also accounts for the most shoplifting offences in Eastleigh, with 230 recorded in 2020.

Violence and sexual offences were the most prevalent crimes in the area, of which there were 1,235. There were also 805 antisocial behaviour offences.

With 1,333 fewer crimes than Eastleigh Central, Hedge End North has the second highest number of crimes in the borough.

Areas such as Botley, Allington, and Moorgreen are all covered in this policing ward.

More than 1,200 antisocial behaviour incidents and violence or sexual offences were recorded by police in 2020.

Other prevalent crimes include criminal damage and arson, of which there were 205. There were also 243 public order crimes recorded.

The ward also had the second highest number of drug crimes, of which 48 were recorded by police.

Only two robberies were recorded and just three thefts from a person in 2020.

Hamble-le-rice, Netley, and Bursledon are all covered by the Hedge End South policing ward.

With 419 few crimes than Hedge End North, this policing ward has the third highest crime figures.

This area has the second highest number of burglaries in the borough, of which there were 140.

Violence and sexual offences had the highest figures - 637 were recorded by police in 2020.

This is followed by 512 antisocial behaviour crimes recorded by police.

Areas such as Bishopstoke, Horton Heath, and Crowdhill are all covered by this policing ward.

Around half the crimes reported in Eastleigh East were antisocial behaviour or violence and sexual assault crimes.

The area had the lowest number of bike thefts in the borough, only two were recorded last year.

Other least common crimes include: theft from a person (3) and robbery (4).

As the only ward with less than 1,000 recorded crimes, Eastleigh West is the least crime-ridden area in the borough.

Covered by this policing ward is Chandler’s Ford. Framed by Hocombe Road, Hursley Road and the M3.

The most prevalent crime in 2020 was violence and sexual offences, of which there were 231. Followed by 174 antisocial behaviour incidents.

There were also 64 burglaries and 56 incidents of criminal damage and arson.

The area recorded the lowest number of drug crimes in Eastleigh, only seven were recorded by police in 2020.