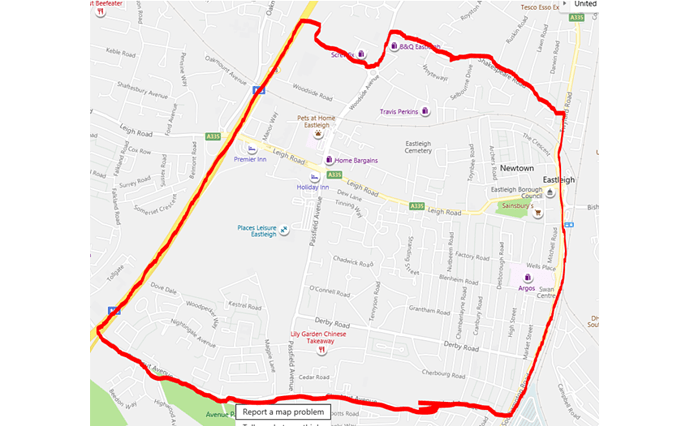 POLICE have been granted stop and search powers in a Hampshire borough after reports of two groups targetting each other with weapons.

POLICE have been granted stop and search powers in a Hampshire borough after reports of two groups targetting each other with weapons.

Officers will be able to stop and search anyone in the central area of Eastleigh tonight after Section 60 powers were authorised.

Section 60 can be implemented in areas where serious violence has or is about to occur and gives police the power to stop and search anyone in a designated location.

This comes after reports that two groups of young people may be targeting each other with weapons.

Patrols will be taking place across the town centre area overnight.

A map has been released by police of the area covered by the Section 60 power that is set to last from 7.50pm tonight until 7.50pm tomorrow.

Inspector James Barton said: “Section 60 is an emergency tactic. We do not suggest that it is a long term solution to violent disorder or weapon related crime, however we have received concerns raised by the community this evening and this is our response.

“We know that some will think this inhibits our ability to catch those carrying weapons, however it is important communities are informed we are taking action. It is also helps prevent other incidents of serious violence occurring. Tackling offenders is important to us, but we want them to prevent them from offending to begin with."