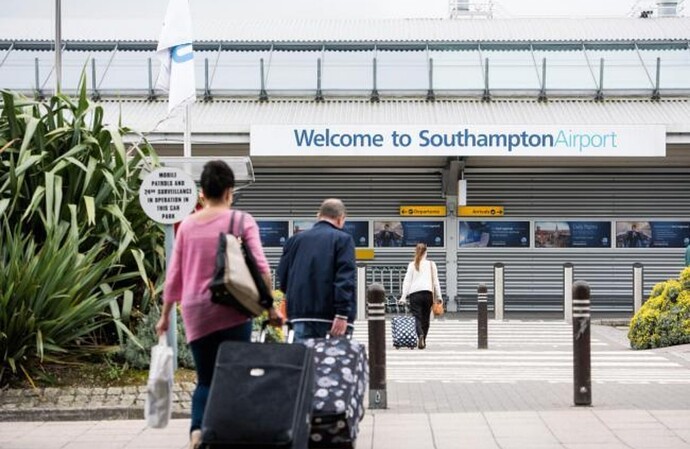 CIVIC chiefs in Southampton are set to decide whether to further scrutinise plans to expand the runway at Southampton Airport.

CIVIC chiefs in Southampton are set to decide whether to further scrutinise plans to expand the runway at Southampton Airport.

Southampton City Council previously objected to the proposals to extend the runway by 164m as councillors raised concerns over the impact the move would have on noise and pollution.

But as the plans have since been amended, the city council will have to decide whether the additional information provided by airport bosses is relevant enough for the plans to be scrutinised again.

The decision will have to be taken by the Planning and Rights of Way Panel on Tuesday February 23.

As reported, airport bosses said the current runway length “prevents many airlines from operating their fleet from the site”.

According to the latest plans, without the runway extension in 2027 the airport would have about one million passengers per annum.

New documents have revealed that the airport breaks even with 1.2 million passengers per annum.

A report released ahead of next week’s meeting also revealed that based on the new estimated number of passengers per annum the number of households that would be affected by noise would go from 3,800 to 1,650.

In the same report planning officers said: “The panel is asked to consider the report and decide whether the limited changes made are sufficient to change the decision it made in December 2020. At this stage officers advise that the information has largely already been presented and that the previous objection can be maintained, but if the panel wishes to explore the latest submission in more detail it can reach a decision to instruct officers to prepare a full report to an upcoming meeting of the planning panel.”

As previously reported, the final decision on the plans will be made by councillors at EastleighBorough Council. But a date is yet to be confirmed.

the expansion of the runway is vital for the future of the airport.

But campaigners said they continue to believe that the costs of the development to local people and the environment are outweighed by the benefits.

I’ve created a poll on this topic over here to gauge feeling!

Southampton Airport Expansion - for or against? Eastleigh Borough

Are your for or against? poll