Whatever your opinion on the Eastleigh local plan, this isn’t nice:

10th September 2019
Dear Councillor House
Staff, volunteers and Trustees of St Francis Animal Welfare shelter are desperately worried about the proposed huge housing development in Local Plan Options B&C; if permitted, this would come very close to the shelter and make our lives extremely difficult if not impossible. Now we have an application from Mortimers Farm across the road and we are being encroached on from all sides.
Frankly it is shocking that Eastleigh and the developers have ignored the problems we will face with the Local Plan Options B & C, if approved.

The developers have ignored our letters. No-one from the council has ever bothered to get in touch about the problems you are causing us already. This is astonishing behavior to one of Hampshire’s oldest charities.
We have a number of concerns. The housing development would swallow up an area where we walk our dogs and even if the footpath survives, we will not be able to use it for any of the dogs with behavioural problems that we are often working with. These dogs will be put down if we can’t take them. Other charities don’t take old and difficult animals as we do – we have a no-kill policy.
Being an animal shelter, our dogs often bark, including at night - it’s what they do, especially disturbed dogs. We have cockerels crowing from daybreak, a donkey braying and pigs squealing and grunting. We also have an ongoing rat problem that the council helps us with regularly.
We are concerned that people will move in to the proposed houses and then complain about the noise: it would make our lives incredibly difficult and home owners will be unhappy living there. We already get complaints about noise from one half to one mile away (Stroudwood Lane) so the planners would be setting up an Environmental Health hazard for the potential residents from day one.
It is also noteworthy that in Options B & C there is proposed high density housing right next door to us to the east, on the site of Broadoak stables. Presumably this is social housing.
Do the Council and the developers therefore consider it acceptable that people who have no say in where they live should put up with noise 24/7 - and rats?

We were pushed out of our previous shelter at Horton Heath when it became surrounded by development and were told that Mortimers Lane would be our forever home. Complaints in Horton Heath about noise were such that the manager felt unsafe in her home. We expect our council to protect us from happening again.
You may have seen our banners around the shelter: we are making a statement to the neighbourhood that we are here and that we make a great deal of noise. We wouldn’t want potential new residents to be unaware of that fact.
The suggestion by the late councillor Richard Smith in June 2016, witnessed by the manager and two Trustees, that ‘’St Francis would just have to move like they did before’’ was totally out of order, quite disgraceful, and we told him so. Any move would undoubtedly kill some of our elderly resident animals to move them – is that really what the Council wants?
Our very elderly donkey was saved from the meat trade by local subscription. The local bakery helped and they were invited to name her. Muffin is a local icon but to move her would risk her life.
The proposed new link road would be noisy, disturbing our animals further. The increased traffic would undoubtedly kill some of the many feral cats who live around the shelter. The extra traffic from nearby building work has already killed one of them in recent weeks.
After all, we were here first so we don’t intend going anywhere. We are one of the oldest local animal charities in Hampshire, serving the community and local animals for well over 60 years. We hold hugely popular open days, we support work experience students from the local schools and students from Sparsholt college, and give talks to local organisations, as well as re-homing hundreds of animals each year.
Does all work this count for nothing with the Council that you are trying to squeeze us out?
Staff therefore fear that both they, our animals and our shelter buildings, would be in danger from people angry at the noise we inevitably make. And our everyday lives would be made a misery with harassment and complaints, quite apart from having nowhere to walk our dogs.

We have been advised by a local councillor that it is possible to put a deed of easement included by the agent of change (developer) to protect existing businesses from noise complaints, as per recent guidance on National Planning Policy.

If this application were agreed any time, we ask that such restrictions should be put on any houses that might be built near us, on this or any other application, to try and protect staff and animals from harassment, or worse, and that the council should take a lead in setting up such a deed.

Please see below where residents are required to accept noise levels when they buy their properties. These are legal precedents for businesses generally not just music venues and we are surprised that the planning dept did not seem to know about them when we phoned them recently.

This also recommends that planners should work with developers to instigate such a deed to protect existing businesses.
https://www.footanstey.com/…/3943-landmark-music-venue-prot…
https://www.artsprofessional.co.uk/…/venue-secures-legal-pr…

All the staff, volunteers, Trustees and supporters – over 7000 of them on Facebook – sincerely hope you will take notice of this letter and take all the practical action necessary to ensure St Francis Animal Welfare continues in its current ‘forever home’, doing the work it has done for 66 years.

We note Eastleigh Council and the developers have been making allowances to mitigate the effects on other organisations but have done nothing for us. We would ask you to intervene and insist the developers at the very least leave a very substantial area of green space around our shelter in mitigation.

There is of course an alternative: it’s called Option A.

Annette Lodge
Chair of SFAW, on behalf of staff, volunteers, the trustees and 150+ animals at the shelter 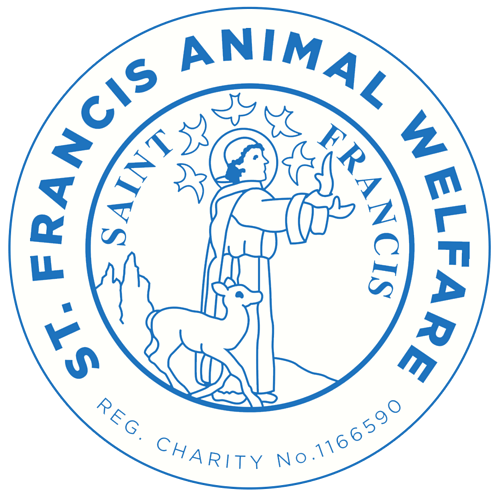