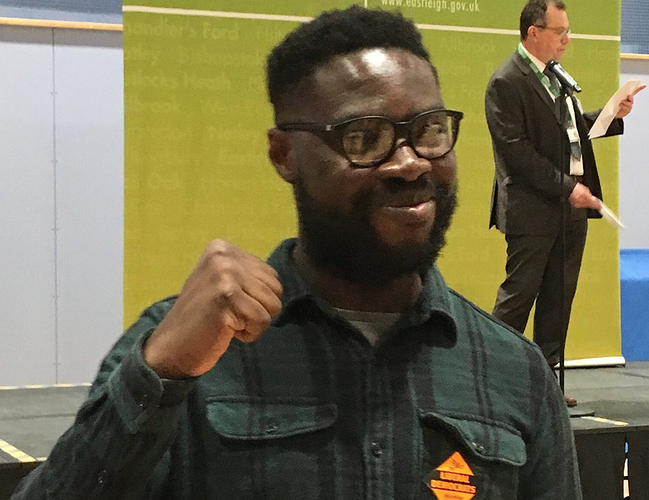 Despite the LDs repeatedly saying throughout their Focus leaflets that Labour cannot win here, a former LD Cllr says that they can, and has backed @Josh_Constable

I’m sure someone will post a Focus Leaflet where Mr Doguie may have been quoted as “saying” those words, but it seems as though he has had a change of heart.

@Josh_Constable , I seem to have riled a few of your supporters on the facebook post, so just want to be clear.

I have no ill will toward you, or Eastleigh Labour for that matter. My whole point which seems to have been taken massively out of context is that, for a better, more effective endorsement, I feel as though Mr Doguie could’ve said a fair bit more than just “he’s young”.

You’re going up against a candidate supposedly backed by “Town Legend” Wayne Irish. These kinda backings need to go some way to overcoming that imo.

No worries Darren I didn’t think you did! I understood where you’re coming from, don’t know about the other commenters but for my part I think its clear that it does have something to do with me and our policies or why would he have endorsed me? I’ll grant the letter could have been clearer but don’t think your comment was entirely fair, hence my reply.