Calling all candidates, if you see this and agree let me know! I’d happily work with all parties to facilitate this in future years. We could even arrange an online one this year!

5 Likes
Delivering political leaflets and door-to-door campaigning by individual activists is not permitted until 8th March
The missing candidates of this election
LisaCrosher (Lisa Crosher) 16 April 2021 00:25 #2

Hi Josh, I think a virtual hustings is a good idea. I have often been frustrated in the past at not being able to find out adequate information about a candidate in local elections to make an informed decision. Count me in for a virtual event or any future in person events. Lisa

Hey @LisaCrosher! Welcome aboard. Feel free to get involved in the online hustings on here also. Anyone can post a question topic and candidates can get involved responding or discussing issues.

I suffered the same problem as a voter for years and to be honest never understood local elections or local government even though I voted (essentially blindly!). The idea here is that it’s “open” and run by the community, and anyone can research the answers as they’ll be indexed by google and such so anyone researching can find them.

Im hoping it can give visibility to some less known candidates, encourage open debate and educate on local elections!

It would be great to have some cross party cooperation on debates in the future (sadly I think we could be too late to effectively organise and promote a debate for this year).

No reason we couldn’t do them in person and record/broadcast them as well.

I would be up for it too.

That seems like half the candidates in Eastleigh North are up for a hustings. Why wait for another election? The time between candidates being announced and election day isn’t going to get any longer is it?

@TParkEastleighN @John_Edwards how about you? (Anyone know how to contact Chris?)

The advice is still to continue to work from home where you can so, given how this thread started, I would suggest an online/recorded hustings would be the best option and seems like it would be doable. There are even some questions already thanks to @afdy!

Happy to help if I can, even if it’s just advertising the hustings on ESLHustings!

Some useful guidance from the Electoral Commission on it here:

@Cllr s… if anyone has a leaflet to share, please try send it over here first so we can transcribe and add it to the Political Leaflets category on Eastleigh Online

I’ve already asked @PaulHolmes88 o try send me the Conservatives ones via email (there were some published and distributed earlier in the week by Paul, @LisaCrosher and @StevenBroomfield ) - so will happily extend the same to any other candidate or party (in the interests of fairness etc.)

When you say half the candidates in “Eastleigh North”, I assume you mean for the Hampshire County Council seat.

There are two approaches here and I think both are viable to run with, one significantly easier than the other. Both serve different people and different uses (I personally prefer written word to reflect back on and support own researching):

This would be new for us all so we’ll learn and adapt as we go.

Reading the electoral commission advice this would be a non selective hustings. (We invite everyone!).

@Josh_Constable @ACulley @LisaCrosher as the leading folk in Eastleigh North to stick their head above the parapet (well done!). What do you guys think?

If you’re in agreement I’ll kick off #2 tomorrow. #1 could really do with someone else leading.

#2 is straightforward to do, don’t see any issue with starting that as you suggest. I think the exchanges on here have been civil so far, so I don’t think it will get out of hand. In practice, this form of discussion is likely to proceed slower anyway, as candidates will respond when they can because there isn’t a dedicated slot for it.

#1 needs someone neutral, probably who has a corporate Zoom or Teams account (Teams is only available to organisations I think, but an organisation can invite someone outside it to participate) with recording functionality. Ordinarily, this would be some local organisation.

Out of interest, do we know how many people watch these written debates on here? The ‘silent surfers’!

When you say half the candidates in “Eastleigh North”, I assume you mean for the Hampshire County Council seat.

#2 doesn’t seem that different to the Q&A hustings which has started already, and I don’t see as much reason to limit something like that to one ballot. Rather than kicking it off too soon, if we scheduled a specific time closer to the election, I should be able to get it added to the Who Can I Vote for site and we’d be able to publicise it more widely.

I am happy to do either, I am in the process of answering the existing questions posted by @afdy although I have to admit #1 does sound exciting. I say let’s be ambitious!

Right, I have emailed the relevant department at the University of Southampton to see if they will host a virtual live hustings week after next.

Probably a bit late in the day, but you never know…

#2 doesn’t seem that different to the Q&A hustings which has started already, and I don’t see as much reason to limit something like that to one ballot.

True - i guess we can re-assess if it became a problem. The reason I was thinking one per ballot is its easier for the people to understand if they can just filter what is relevant to them. One thread per ballot would achieve that as people could more easily ‘watch’ it for new updates.

Rather than kicking it off too soon, if we scheduled a specific time closer to the election

Actually i thought the opposite! The sooner we kick it off and candidates respond the better as the results will show up in google when people are trying to research their local issues or candidates. One of the biggest problems voters have is they can’t find information on who to vote for - google this nice chap “Alex Culley” and you’ll see he’s made a visible splash already.

. There’s no reason the thread would need to be time-bound, so it could be open-ended to allow plenty of time for readers to research. People who didn’t know about this place or receive a prompt would then be able to find information from google.

Out of interest, do we know how many people watch these written debates on here? The ‘silent surfers’!

Not really; traffic can shoot up and down here as people share url’s on social media. So if there’s a good topic that gets shared, chances are readership would shoot up from nowhere to 10,000+. The silent surfers definitely drastically outnumber the speakers by a large margin, but its hard to put a finger on! Definitely over 250 registered readers, but anonymous readers is much higher. There’s a barrier to entry over here that keeps most people from registering. The lack of demand for constant interaction and constant scroll also makes it a little calmer for debates.

Right, I have emailed the relevant department at the University of Southampton to see if they will host a virtual live hustings week after next.

Brilliant! Sounds good, if not @Melanie_Tellwright would you be interested in hosting, I think you’d be great at this!

I think this is why I’m struggling to see the difference with the Q&A which has already started, and seems to be going pretty well. An event, even if it’s an online only AMA kind of thing, might draw more attention. The other reason for suggesting something with a start and end time is that I couldn’t add the existing Q&A to Who Can I Vote For. They might be able to add an option #2 event, although that’s obviously not a reason to do it one way or the other. Btw. from memory pretty much all the traffic to Who Can I Vote For is last minute, so as long as you show up on Google the night before, you’ll cover most people. (Btw. Twitter really don’t seem to like links to this site for some reason. Hopefully Google don’t have the same issue.)

Fair points, we can keep it as is for now until it is outgrown.

On the twitter issue - drop me a pm with the detail or post in the feedback category. I just checked and it seems to work fine from what i can see.

Just seen this! Sorry!
Yes I’m happy to do it!

I’ve been attempting to fill in the gaps for the Eastleigh North Hampshire page but other than a photo, I’ve not found anything for Chris Greenwood yet, and not much for John Edwards either. Any ideas where to find out more? Have they sent any leaflets yet? 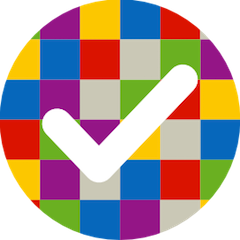 @John_Edwards sounds like James (above) has a question for you.

Never heard of Chris Greenwood though.

Only found this on Chris Greenwood so far 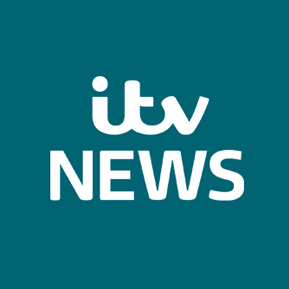 Video. Interview with Chris Greenwood, who won Eastleigh West for UKIP with the narrowest of margins over the Lib Dems.