That voter interest is still very, very low. @afdy and @jtonline , we still got work to do to boost it

Definitely needs a boost! The hustings video seemed to get a reasonable amount of interest though which is good- @afdy would be interesting to know how far through people watched if you’re happy to share any of the analytics.

I completely reject the accusation from The MP and Labour

For those of us (including me) who have not seen it, please share this accusation @Alexbourne ?

@Josh_Constable , as I assume you’re the “Labour” referred to, know what Alex is referencing here?

@PaulHolmes88 , maybe one for you to comment on to (I presume you’re the MP)

Wow Alex seems to not understand at all… Nobody is saying you didn’t leaflet lol! That would be quite the claim. Line after line of content designed to suppress the non lib-dem vote, to make voters feel there was no point in turning out because only you could win.

I am also fully aware of what your councillors where saying on the door Alex… Really is pathetic of you to deny an accusation when you yourselves provided a detailed paper-trail!

To be fair I’m unaware Paul has said this.

would be interesting to know how far through people watched if you’re happy to share any of the analytics.

Of course! 307 views (Pretty good for a political video released just days prior to a rather quiet local election from an unknown entity, I thought?).

My takeaways from this:

I’ve posted separately on how we can better manage future election discussion here to be more accessible to new readers as we had a few threads going this time, and a thread re-ignited from last year which would be very confusing for a newcomer.

That looks pretty good to me- anyone getting through 3 minutes of any video yet alone a hustings video is seriously committed these days!

If you’re willing to do something similar for the next elections, what do you think would work given there will be separate seats up for election and a lot more candidates?

I’ve been thinking about this, I think priority is to agree our approach for management of future election topics. It’d mean essentially 15 community led topics active for the next election (1 main index, 14 specific elections).

I’ll respond your question over in the speed hustings thread as it’d likely make more sense to a casual new reader and the audience of the last video would see it. (Rather than cross-talking in the election-result post topic!). 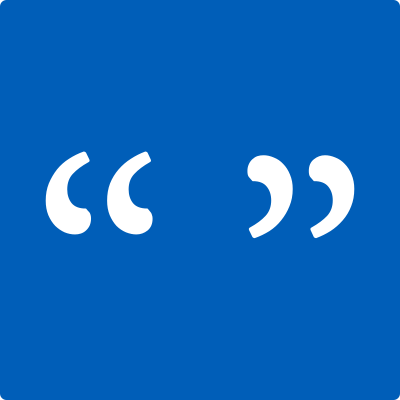 Voter suppression seems like a pretty serious allegation which as far as I can tell hasn’t been backed up by any evidence.

Just for the full context of the Tweet in question 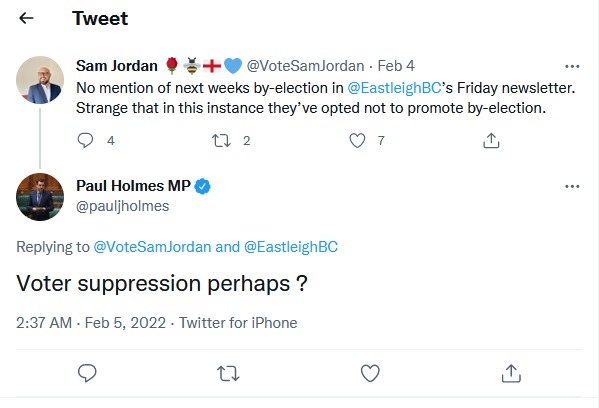 Both Tweets are kinda open to interpretation, as neither really name the Lib Dems.
Sam does mention them later, but the crucial point therein (that @Alexbourne seems to be unaware of) is Sam’s no longer part of Eastleigh Labour having since moved and updated hisnsocials accordingly (Sam4Eastleigh has become VoteSamJordan)

So Alex, given the info above, you might want to change your statement to not directly point the finger at Labour