Yes thanks goes to Adam for organising this and the time taken compiling the final video.

I also would like to give thanks to the other candidates who have agreed and taken part at short notice. It wasnt something i was expecting to do this campaign, but it was good to do it.

I feel a bit sorry for your wife, Adam

Again, thank you so much for pulling out all the stops to make this happen and thanks to the other candidates for taking part at short notice. I look forward to meeting you both on Thursday!

As an aside, I bumped into Bhavin earlier today whilst we were both out leafleting. Nice bloke, I enjoyed our conversation.

Here it is folks! Grab some popcorn, sit back and enjoy the episode! (Runtime is approx 30 minutes).

I hope this is the kind of thing you were expecting! Standard disclaimers apply, I’m not a videographer but tried my best and hope this proves useful!

Thanks again for taking part! All 3 of you (@Josh_Constable @Clare_Fawcett @SimonPayne) are amazing for putting yourselves out there and trying something new. I really enjoyed listening to you all and putting real people to names on a ballot sheet!

I certainly enjoyed watching it, and wish I had this for all the times I had voted previously! Let me know what you think!

Fantastic! I think you’ve hit on a great concept for local election hustings which is far more accessible than traditional events- hope it’s the first of many! Thanks to the candidates who got involved as well. 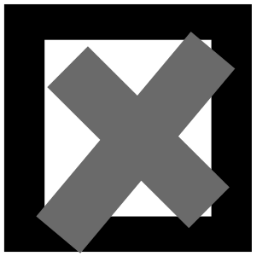 A sterling effort from Adam and Eastleigh Online. I know I pushed hard for this at short notice so huge thanks for all the hard work Adam and the team have put in…I think the end result is fantastic!

I really enjoyed taking part and big thanks too to Simon and Josh for doing the same, its so important we as candidates,get our messages out and have the electorate engage with us so they can see who we are, what we stand for and get a of sense of how we really do understand their issues and concerns about our great town!

Simon you did make me laugh, knowing it was me who submitted the manifesto question. However did you guess

Would have loved the chance to get some cross going, one for the wishlist hey.

Simon thanking you actually made me laugh aloud while working on it also because I know I definitely didn’t share which question came from who.

Intriguing on the real-time cross-discussion. People are generally turned off politics really quite quickly - even this video came in at a lenghty-by-todays-standards of just 30 minutes… and getting people to watch will be difficult and could do with some word of mouth love.

I’m curious if a live hustings back and forth would drive more engagement, or only interest people already interested in politics to start with and turn “normal folk” off. This I feel maybe wouldn’t be that useful during an election? The name hustings itself is likely just not understood by most. (I didn’t until fairly recently).

I do like the idea of a real-time hustings, but I think there may be more to be gained by adjusting the formats to make it more interesting than “a boring political debate”… though I do get that you politicians like debates, and debates need to be had.

Have you guys got any ideas of improving the format, or doing better in future?

Simon you did make me laugh, knowing it was me who submitted the manifesto question. However did you guess

He was right but you aren’t the only manifesto fan here!

In case it helps, I’ve linked to the individual questions so people can jump straight to the things that interest them

@ESLHustings
If the Eastleigh Central speed hustings still isn't speedy enough for you, jump to the answers which matter to you! twitter.com/EastleighOnlin…

Eastleigh's first ever speed-hustings! See how the candidates answered our questions. Grab a cuppa, sit back and watch this very local episode before the finale in 4 days time! 🫖☕️🍿 #Eastleigh #EastleighCentral https://t.co/qJCZ9MW3is
DazzaRPD (Darren Olivier) 7 February 2022 21:58 #30

Have you guys got any ideas of improving the format, or doing better in future?

I wasn’t too thrilled with 2 questions, namely -

As much as the biscuits one was an icebreaker, the “who wont rock up” one was a bit… awkward… for want of a better phrase.

So, more relevant, local questions… like for Central we couldve asked about the new Hendys, or the increased desire to charge Kipling Road/Brookwood Rd residents for parking on their street… for Central/North we could ask about the lack of public transport options, especially at night, for South the vandalism of Fleming Park etc. Etc. (Side note I’m Deputy Captain Hindsight, always good to have around after the fact)…As much as GBRail HQ may be fantastic for Eastleigh, it almost certainly would not be in Central. There’s just very little space

Also, next time try set a time limit per question… while I enjoyed @Clare_Fawcett 's detailed answers, it did kinda make it a bit haphazard considering @Josh_Constable and @SimonPayne had shorter answers. Setting a limit is 2 fold, people would be urged to speak for the entire limit, or would prioritise what they’d say within that limit

Lastly (and yes, I do mean lastly)… next time we plan this, we must make each section more "easier to get to "… i.e. if I’m short of time and want to know how our Candidates are different from the rank and file at Westminster or Eastleigh Borough Council, and you hit me with biscuits, I’m not going to spend the time going through the whole video

Some YT commenters do this with timestamps in the comments, other uploaders somehow manage to be able to divide the video playback bar into sections (hopefully you’ll know what I mean).

all good feedback and I agree re biscuits and the “who won’t rock up” question. I never shy away from answering awkward questions but it just felt a bit leading and negative, the kind of question that doesn’t add anything to the debate or give the electorate any input on their issues… that’s just my take.

There was a time-limit set of 60 seconds per answer so I tried to use the time to maximum effect to add detail and cite live issues, like the time the energy centre is open (or not open, more to the point)… if I get a chance to talk, I will lol, always been the same

Great suggestions re how to do next time… I’ll have a think and get back with anything I feel might be useful.

The question index (Inspired by @jtonline), don’t have time to watch the whole 30 minutes? Jump to the question you most want to see the election candidates answering.

Why are you standing this election? https://youtu.be/Bh5fGIdfi6A?t=175

Why should I get out and vote, aren’t you all the same anyway? https://youtu.be/Bh5fGIdfi6A?t=319

If you were elected, what would the first 3 things you would address on behalf of Eastleigh Residents? https://youtu.be/Bh5fGIdfi6A?t=462

How would you look to bring people back to the town centre https://youtu.be/Bh5fGIdfi6A?t=586

What community arts projects or events would you look to continue or develop? https://youtu.be/Bh5fGIdfi6A?t=714

Have you ever been a member of a different political party https://youtu.be/Bh5fGIdfi6A?t=854

How long have you lived in Eastleigh? https://youtu.be/Bh5fGIdfi6A?t=986

When did you last attend a meeting of the Eastleigh Local Area Committee and what issues did your raise? https://youtu.be/Bh5fGIdfi6A?t=1061

Who don’t you think will participate in this speed hustings and why https://youtu.be/Bh5fGIdfi6A?t=1202

What would you do to reduce the exponential rise in violent and sexual crime, particularly towards women? https://youtu.be/Bh5fGIdfi6A?t=1346

Have you or your party published a local manifesto with your plan for Eastleigh, and if not, why not? https://youtu.be/Bh5fGIdfi6A?t=1516

Out of interest, what fruit/veg would you have used for those of us that did attend had we not been able to @afdy ?

Sorry to say in keeping with the theme, you would have been a Tomato!

All I can say is I’m glad Simon and Clare participated otherwise I’d have to have dropped the fruit & veg idea or gone shopping in a more exotic shop!

We did actually have a lemon, but decided it would probably be offensive to refer to anyone as a lemon, so we stuck with Pear on a Chair, and Pepper on a Pew. 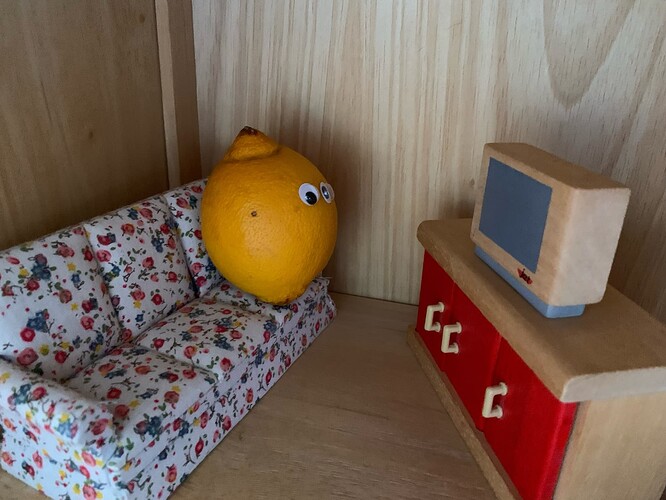 I wasn’t too thrilled with 2 questions, namely -

. I don’t think there are any perfect questions.

Biscuits - I actually liked this. You see people answering more humanly to a simple day to day question, rather than hard core serious questions, and its a bit of “fun” to try to soften a very dry topic to most.

“more relevant local questions” - the opportunity was there, no one asked. Someone should definitely ask them next time!

There was a time limit of 60 seconds, but I think perhaps the limit should be reduced to 30 seconds next time, with an option to “boost” on maybe 3 questions that mean a lot to you to say something on.

Does the work done by @jtonline, and the link below help resolve your issue with quickly finding answers to questions @DazzaRPD ?

The biscuits section was very short. By the time you got to biscuits, the viewer would have already seen their intro’s and I think most people would drop pre-intro (“politics, eugh”), or after biscuits when they had enough “boring questions”… though welcome suggestions how to better onboard at the beginning?

I think the first video landing page as the sharing thumbnail would improve things too.

There was a time limit of 60 seconds, but I think perhaps the limit should be reduced to 30 seconds next time, with an option to “boost” on maybe 3 questions that mean a lot to you to say something on.

Shorter definitely gets my vote! Like the boost idea though- would give a clue as to what they’re more passionate about.

They weren’t expecting a hustings for a local by-election so I didn’t think they’d manage to update Who Can I Vote For? In time for polling day, but it’s linked under Election Events! Pretty sure most searches on WCIVF are on election day so hopefully at least a few people find it! Awesome work @afdy! 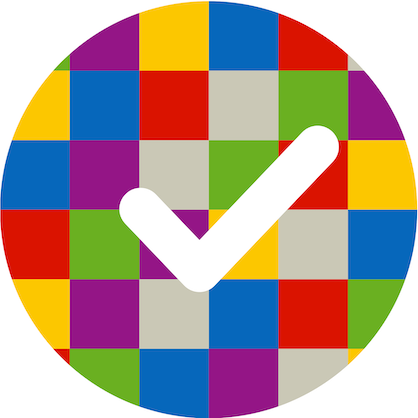 …and they’re ready for more hustings next time

Now the by-election glow is reseeding, its likely worth taking some time to think and plot for the next (since our collective election previous two talks of a hustings were too slow, and last minute).

If you’re interested, here I wrote a brief summary sharing the analytics from the speed-hustings video. In there @jtonline has asked:

If you’re willing to do something similar for the next elections, what do you think would work given there will be separate seats up for election and a lot more candidates?

There would be a lot to do to arrange similar for the next election as it’s an election across 14 wards. 14 wards x maybe 5 candidates = ~70 candidates! Ouch!

My thoughts are even though it’s hard it could be worth attempting. We’ve got to try restore faith in local politics, right? My thoughts are two-prong:

In my mind the #2 approach above could actually work out better than #1 as it starts to build the future audience, and I can see how it could really start to improve local political engagement.