An Ode to the 2021 Eastleigh Local Elections

He’s buying up all our local land
Intent on building homes galore
I wonder if he’s a vested interest
With Linden, Bovis or Bloor?

Do people even realise
The extent of his building plans?
He’s trashing all our country walks
Ripping trees from out the ground

But it’s OK, he’s planting new ones
160,000 to be precise
In a tree farm near to Horton Heath
Well, won’t that be just nice

He’s the leader of Eastleigh Borough
Under the guise of a Liberal Democrat
Now, I’m not into politics
But they’re Literally (Demo)Cr*p

If the ‘news’ they stuff through all our doors
Is really to be believed
They’ll need those 160,000 trees
To make more paper, you see

Their slogan says they work for us,
They’re protecting our green space
But they rip right through our countryside
And all the wildlife, they displace

We don’t want congested roads
And to see buildings of 6 stories stand!
Green city space just ain’t the same
As our fields and ancient woodland

So please vote these Lib Dems out this year
The time has really come
Cos if we don’t it’ll be too late
And we’ll have another “village” (Allington?)

I really don’t care which other party you tick
(It’s local, you’re not voting for Boris or Keir)
Just remember you’re voting for our community,
So let’s throw those Lib Dems out of gear! 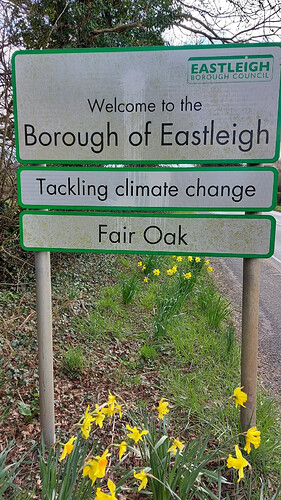